Skip to content
Posted on December 5, 2016December 9, 2016 by abandonedhistoryblog

Tranquille Sanatorium opened in 1907 due to the tuberculosis epidemic (also known as the white plague) at the turn of the century. The area itself, just outside Kamloops city limits, where the North and South Thompson meet and flow into Kamloops Lake was purchased in 1905. The 191 acre area and community built around the sanatorium was named Tranquille, after the Indian chief “Sanquil”, but the locals and residents referred to the area as Padova City. By 1950, Tranquille became a self-sufficient community consisting of 40 buildings, four of them designated as hospitals, which were come to be known as the Main Building, the Greaves Building, the infirmary and two large pavilions referred to as the East Pavilion and the West Pavilion. The remaining buildings were cottages that housed doctors and staff, a fire hall, a large kitchen, a laundry, farm buildings and a dairy barn, nurse’s buildings and halls. Below the grounds, every building was connected by an extensive tunnel system which was used by staff and patients to get between buildings and to transfer food and laundry; certain areas of the tunnels were used as a barber shop and even a morgue. The main aspect to note is the self-sufficiency of the community; cattle, pork and honey were produced to a surplus, allowing sales and trade with other local producers.

Before Padova’s decline, between 1953-1958, the sanatorium housed over 600 patients and staff. But the occurrence of new cases of tuberculosis had sharply declined, making the institution and its extravagance obsolete. In 1958 the hospital was closed as the last of the patients were transferred to Vancouver. Tranquille was reopened in July of 1959 to treat the mentally ill, as a relief for the overcrowding at Essondale (Riverview) and Woodlands. The institution shut its doors for good in 1984, marking the end of an era for the near century old hospital.

Today, Tranquille is an urban farm with plans to become a sustainable village community on Kamloops Lake.

There has been lots of rumours and people saying that the site of Tranquille is extremely haunted. On my first visit to the sanatorium, I spoke with the owners and asked them their thoughts on it. They very clearly told me that all the stories are lies and that the land is god’s land. I do not agree with them, but I am also open to their beliefs.

On this first visit we went on a tour of the property, it was a very cool and informative tour, they even took us into the entrance of the tunnels. Immediately upon entering the tunnel system I felt a very heavy presence. I took a couple quick shots with my camera and upon review I realized that i caught a couple orbs; I debunked that they were not dust particles or bugs because the orbs were only present in two of the pictures. 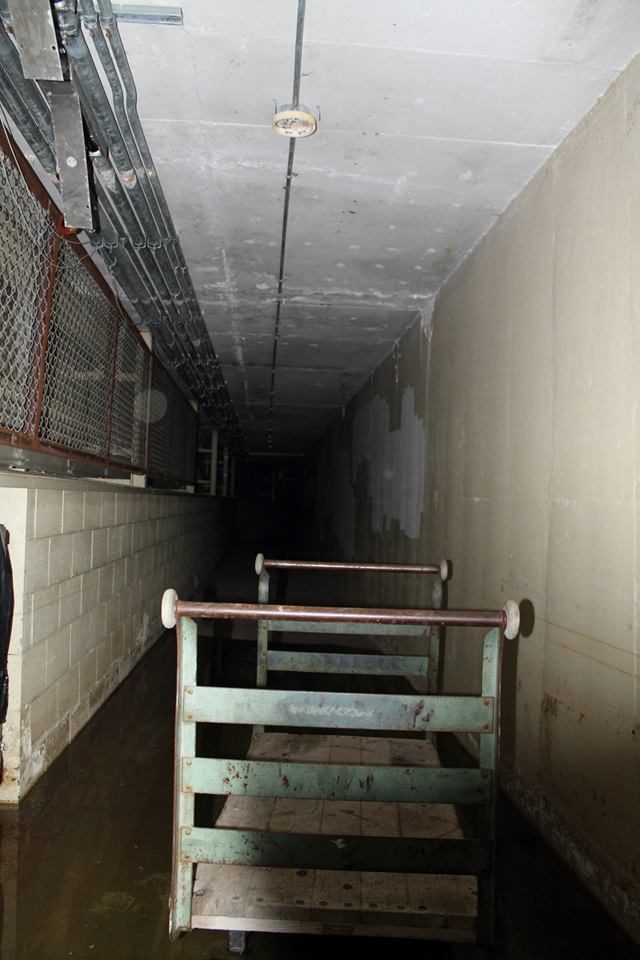 My second visit was a little more intense in the paranormal sense; it was my first time inside the buildings. We had heard that all the buildings were connected by tunnels so it didn’t matter which building we gained access into. After two hours of walking around the property, pulling at every single boarded up window, we were losing hope; until we saw the small window on the second floor of one of the main hospital buildings. We scrambled up the side of the building and crammed our bodies through the window, my shoulders barely fitting through. We stood up inside a greenish shower room, ceramic tiles peeling away from the walls; and high fived eachother, estatic that we finally got inside this incredible institution. Suddenly, we heard a loud deep grunt come from some room off of the main hallway, followed by heavy bootsteps on the old wooden floors. We immediatly shut up, for fear that a care taker was in the building for some odd reason and that we had been caught. To frightened about getting caught we crouched in the rank shower room. I finally mustered up the confident and said “Hello”. Instantaneously another grunt, louder this time, echoed down the hall followed by more heavy foot steps walking away from where we were hunkered down. I could feel all my hairs on my body standing on end, like there was an electric current streaming through the air. “BAM” a door slammed shut, and the footsteps stopped. After what seemed like hours, I crept towards the bathroom doorway into the hall; I craned my neck past the door frame and peered into the vacant hallway. There was no one there, in fact, not a single foot print had disturbed the layer of dust on the wood panelled floor. Unfortunately, since this happened right when we got access into the building, we didn’t have any of our equipment out and ready, meaning we did not capture any audio evidence of our encounter.

For the rest of the day, walking around in the abandoned asylum; I had the constant feeling of being followed as well as the constant sounds of voices chatting away. All in all, the place has an extremely creepy vibe, whether you believe or not.